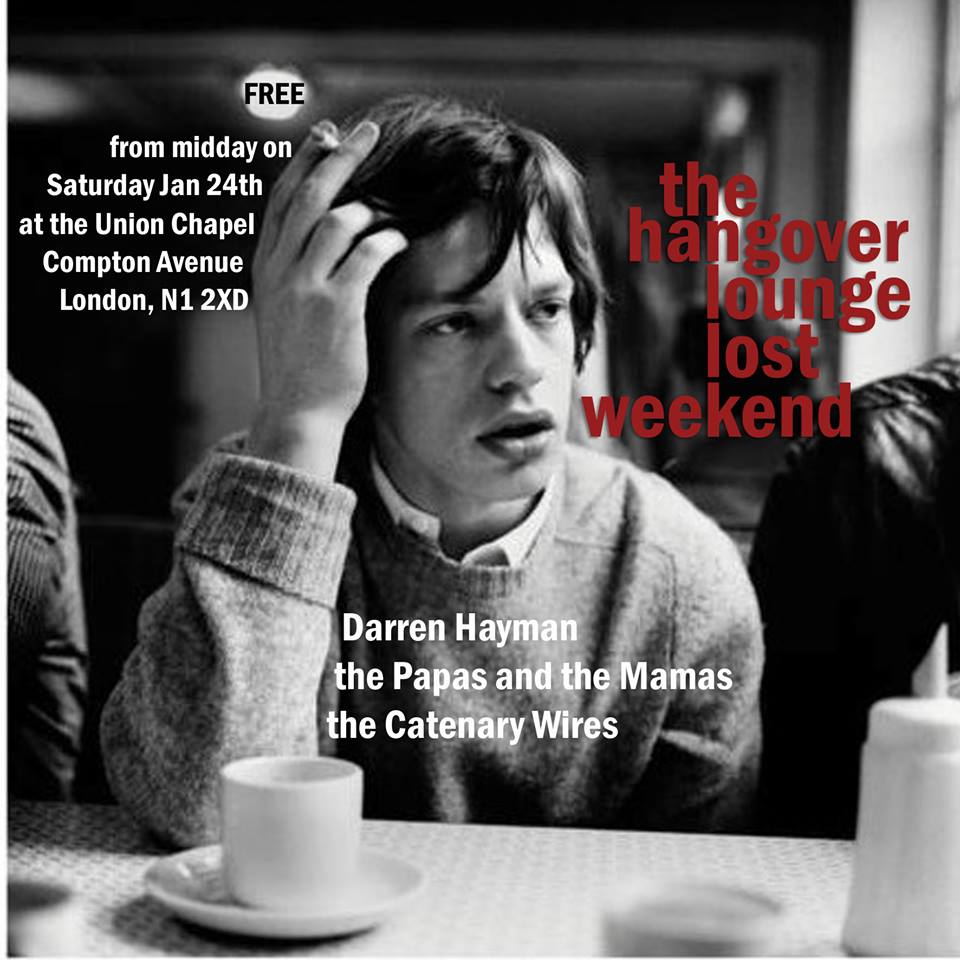 doors are at midday, so get there good and early, and bring some cash for a donation towards the running of the show, oh, and of course some to get your copy of the LP or CD

we're thrilled that The Catenary Wires and the Papas and the Mamas are also playing:

The Mamas are Sarah Cracknell and Debsey Wykes. The Papas are Martin and Paul Kelly. Two sets of parents playing more than the songs of The Mamas & The Papas, acoustically. You know them as, variously, members of Saint Etienne, Dolly Mixture and East Village. This is their debut gig as The Papas & The Mamas. We are, understandably, very excited.

The Catenary Wires were formed in 2014 when Amelia Fletcher and Rob Pursey (Talulah Gosh, Heavenly, Tender Trap) moved out of London. They started playing songs on their daughter's 3/4 size acoustic guitar, and are still refusing to give it back. They function as a simple two-piece, but will often feature guest musicians when playing live. Their first ever show was on 3 May 2014 at the Arnolfini in Bristol. Their songs are quiet and (mostly) sad. They will start recording an LP in 2015.

UNMISSABLE!
Posted by wiaiwya at 03:44